Right, so I’ve been chucked one of these cookies by digbyboom (blog found here: http://forsoothandtwenty.wordpress.com ), although really, I reckon I’m undeserving because of the appalling lack of updates that I said I would do but never got round to. But it was nice of him, especially since apparently my blog got under his skin (his words). So I shall now pass on said cookie to others. 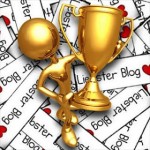 11 random facts about this unknown person on the web:

I don’t think I have a physical tick… If I do, I am completely oblivious to it. So… let’s talk about my obsession instead! My obsession changes with time. At one point it was PostSecret, at another point it was Sandman (the Neil Gaiman one), my current one would be point-and-click adventure games. I can’t get enough of them. I mean, my Steam account is bursting.

2) Why do you feel the need to write?

I guess it’s because I have the want to tell stories. Now, I could have gone at it in a number of different ways, but writing has always come naturally to me, so I thought it was best to go this route. Also, all that reading helped.

3) Just what the heck is up the French, anyway?

Well, I reckon there’d be guts and bits of stomachs and vital organs and all the messy bits that go into making a human. Or if you’re asking me what is up their arse then…. I can’t say I know. I don’t have that many opportunities to look up French arses.

4) Would you be a Super Hero or a Super Villain?

Oh, Super Villain, definitely. Or at the very least a very anti-Hero Super Hero. Let’s face it, I’m not hero material at all.

5) What would your Power be?

6) The best thing you’ve ever put your foot in?

A pair of nice boots. Or up some people’s arses. But definitely the boots.

7) What non-sailable/non-driveable/you-get-picture-here luxury goes with you to your exile on the desert island?

My Discworld books. I believe I am actually serious when saying this.

8) The most surprising place you’ve bumped into some-one you knew?

Frankly? My dreams. I was very surprised to see that person there. And I am 99% sure that it was really that person and not a figment of my imagination.

9) Would you survive a Zombie apocalypse?

10) Would I survive a Zombie apocalypse (based on what you’ve gleaned from this… thing… that we’re doing here)?

Probably not either. I don’t expect most people to survive anyway.

11) You can meet anyone from history that you want. You can take them out to dinner or to a bar, or to lazer quest if you like (I don’t care, just them get them outta my damn time machine already), who would it be, and would you punch the in the face before sending them back? Or what would you say to them?

This is a conversation I had with a friend. She wanted to meet Beethoven just so she could be obnoxious to him, I believe I said I wanted to meet Van Gogh, and you know why? Dr. Who, that’s why. That damn episode.

Of the blogs I follow, two of them I would have nominate but one nominated me and the other was already nominated, plus most of the blogs I follow have to do with games, photography and other stuff, and somehow I got the impression that this is for those of the fiction writing variety.

1. Which two characters (of any genre or media) would you pit against each other in a fight to the death?

2. Which character would win?

3. Your nominee for Horror Figure of the year? (Could be an author or a book/movie/game character etc.)

4. Do you read Discworld, if not, why ever not?

5. Who was the most random person to ever serve as your inspiration? (and I don’t mean your parents or your mentor or any of that sort, should be an acquaintance, a stranger, you get the drift.)

6. The best thing that humankind ever did?

7. What’s your take on why we dream during sleep?

8. If you had to self-diagnose, what mental illness would you say you have?

10. What makes you socially awkward?

11. What is the airspeed velocity of an unladen swallow?

Aspiring game writer. Would like to be an over-achiever, currently failing at doing so. Would also love to have a giant dog, have already determined names of future dogs.

DARKNESS IS FOR EVERYONE

The Official Base of Operations for the MECC Initiative.

mediocre poetry at its best

boy with a hat

writing as a way of life

The writer gives life to a story, the reader keeps it alive.

4 out of 5 dentists recommend this WordPress.com site

A Blog of stuff and stories 'n stuff.

Why do human beings need answers? Partly I suppose because without one the question itself soon sounds silly. Better then to ask no questions? Better then to be a contented pig than an unhappy Socrates? Since factory farming is tougher on pigs that it is on philosophers I’ll take my chance. - Jeanette Winterson

For Authors. By Authors.

Thought Catalog is a digital youth culture magazine dedicated to your stories and ideas.